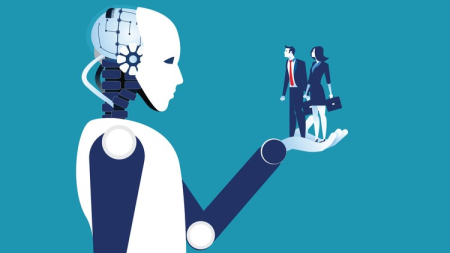 With the ever increasing challenges of IT infrastructures, it’s no surprise that IT professionals are looking for ways to automate as much as possible.

A basic knowledge of HTML, CSS, and javascript is mandatory

IT automation is the ability to orchestrate and integrate tools, people, and processes through a certain workflow. With the help of Ansible and puppet, you’ll be able to build and manage your infrastructure efficiently.

This comprehensive 4-in-1 training course is designed such that you that you will look at the most popular tools for automation, their advantages, and how you can use each of these tools to automate your IT infrastructure easily. Become a pro at automating your infrastructure with Ansible and Puppet.

This training program includes 4 complete courses, carefully chosen to give you the most comprehensive training possible.

The first course, Ansible 2 for Bners, you will get started with Ansible 2.0, including its installation, the problems it solves, and more. You’ll then be creating your very first playbook. You’ll understand the power of variables and quickly be able to manage environments and implement strats. You’ll find out how to integrate with different cloud platforms and be introduced to Ansible Galaxy and Tower, which are Ansible’s enterprise tooling for supporting large-scale infrastructure.

The second course, Puppet Essentials for Bners, shows detailed steps to configure your production-grade Puppet infrastructure. Once you are comfortable with the Puppet ecosystem, in-depth topics such as the configuration and management of Puppet servers, environments, module repositories, and modules will follow. You will then learn how to write reusable modules with Hiera. Finally, you will write tests for modules right from the bning, build an efficient and scalable codebase, and create continuous integration pipelines with CI tools such as Jenkins.

The third course, Mastering Ansible, aims to help you master Ansible while tackling and learning multiple topics. It starts with Ansible’s architecture and how to provide effective scalable automation. Further, you’ll look into Ansible modules and playbooks with YAML syntax and execute it. Next, you’ll get to know about advanced Ansible playbooks, and even structure them. You’ll learn to use Ansible with cloud services and containers and provision it with AWS and Docker. Finally, you will master troubleshooting, validating, and testing with Ansible.

The fourth course, Advanced Puppet Techniques, dives into concepts such as scaling the Puppet infrastructure, utilising storeconfigs with PuppetDB, and using different external node classifiers. You will then get your hands dirty by running Puppet components in Docker containers, using Puppet to create Docker images, and running applications on Docker along with orchestration using Mcollective. At the end of the course, you will learn how to write custom plugins for Puppet such as facts, resource types, providers, and functions.

By the end of this training program, you will be able to to build and manage your infrastructure easily as you’ve mastered orchestration, DevOps and automation using Ansible and Puppet.

David Cohenhas has been a system administrator, platform eeer, devops eeer, and software developer in everything from small businesses to growing companies (100+ employees) and large tech/eeering firms (10,000+ employees). Most of his work has centered around Linux and Unix system administration, web security, and software development in Python, Ruby, javascript, and Go. He has also done stranger things like helping to design two tier-4 datacenters and being an Infantryman (not at the same ). On his tutorial Linux YouTube channel, he has helped thousands of people learn the basics (and not-so-basics) of system administration, devops, and software eeering.

James Spurin is an IT professional with over 15 years working in a variety of technology fields including internet technologies, automation, software development, storage, and Unix administration. He holds an MSc with Distinction in Computer Science, Software Eeering from Liverpool University. Professionally he has worked for a variety of major organizations including Dell EMC, Goldman Sachs, Nomura, and Vi Internet. He is also an advisory board member for StorageOS, a container-based storage solution. He is an active contributor to open source software and is the creator and maintainer of XML Dataset, a Python library featured on the awesome Python list for parsing XML data.

Anirban Saha is an infrastructure professional with more than six and half years’ experience in infrastructure management at various industries and organizations rag from early startups to corporate environments. He has worked extensively with configuration management and automation tools including Puppet, Chef, Ansible, Saltstack, and Terraform, to name a few. He has extensive experience in architecting, deploying, and managing large infrastructures. He speaks at various conferences on the latest technologies and is also the author of Salt Cookbook published by Packt.

Who this course is for:

System administrators and IT professionals who are waiting to automate their organization’s infrastructure using Ansible and Puppet.